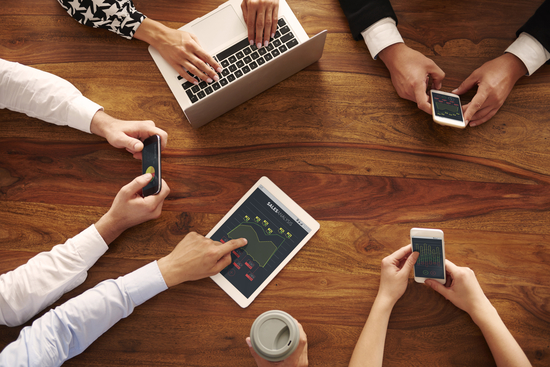 Technology has changed the face of many businesses. It has revolutionized the way products were sold or customers were targeted.

Technology is not static, it keeps changing or better say developing. Every second day we are introduced to new technology. Artificial intelligence, machine learning, and big data are among the technologies that have gained popularity in the past few decades.

These technological inventions are equally beneficial for customers and businesses. It has narrowed the gap between the two ends of a market.

Back then when we did not have chatbots, we could not get replies to our basic queries. But today, we can just talk to chatbots and get our issue resolved, without even the need for human intervention. Almost every business is leveraging these modern-day technologies.

We all know or have at least heard about Apple Inc. The company is considered to be among the top tech companies in the world. Being a technology-driven company, Apple is known for its rich utilization of various modern advancements in technologies.

In this blog, we will look at the use of two modern-day technologies by this tech MNC. We will try to understand the different uses of artificial intelligence and big data by Apple. We will begin with a brief description of this tech giant.

Apple Inc., formerly known as Apple Computer Inc., is a technology multinational company that has its headquarters in Cupertino, California.

The Macintosh, released in 1984, introduced the Graphical User Interface (GUI) to the mainstream. Apple’s second product, the Apple II was a huge success. It was the first personal computer to earn such mass-market success.

The company started struggling after it ousted Steve Jobs back in 1985. It was even on the verge of bankruptcy when Steve Jobs returned to the company in 1997. 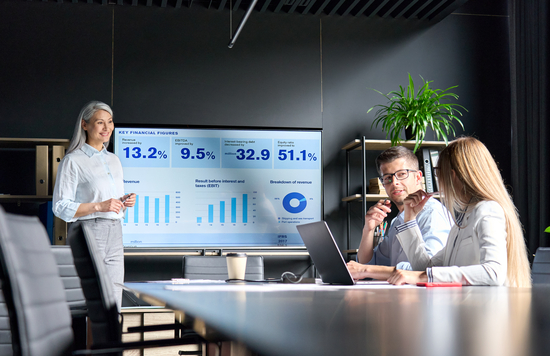 Steve brought in some brilliant ideas and lifted the spirit of the company. He led the company to recovery by introducing the iPod in 2001, the iPhone in 2007, and the iPad in 2010.

Apple earned a profit of almost $40 million in the 2014 fiscal year.

Steve Jobs died of cardiac arrest in 2011. Tim Cook, his longtime deputy, took over as the CEO and has presently been leading the company to success.

The company’s journey to becoming a part of the Big Five of the U.S. had already started. Apple’s obsessive focus on user experience has put it among the most successful companies in the world.

Talking of Big Five, you can read How Amazon uses big data?

The platform has always been at the forefront when it comes to leveraging the new technologies to their advantage. Let us look at the use of artificial intelligence by Apple.

“You can’t connect the dots looking forward; you can only connect them looking backwards. So you have to trust that the dots will somehow connect in your future. You have to trust in something – your gut, destiny, life, karma, whatever. This approach has never let me down, and it has made all the difference in my life.”

How is Apple using Artificial Intelligence?

Artificial Intelligence can be called the ‘technology of the decade’. It hastransformed so many industries and how the information technology industry can be kept away. Apple Inc. is a tech giant that has adopted AI as its integral part and is using it as its pitch to consumers.

Apple has adopted a quieter and smarter approach towards AI. Initsannouncements about iOS, iPadOS, and macOS, in June 2020, Apple gave a hint about a number of features and updates that had AI and ML at their heart. Some announcements were not made onstage and some features that use AI were not identified as such but some mentions are worth bringing to our notice.

Apple Homekit, a smart home solution, allows users to control and communicate with connected accessories using their app. With the HomeKit framework, users can provide a way to configure accessories and create actions to control them.

Users can even group actions together and trigger them using Siri. The company has allowed Homekit-enabled security cameras to use photos tagged on a user’s phone to identify people when they are at the door. It would even announce the name of the person standing at the door.

The watch uses machine learning to classify movements and detect when you are sleeping.

A user can schedule multiple bedtime schedules; for example, one for weekdays and another for weekends.

The Apple Watch has a lot more to offer than we can comprehend. The Watch can detect when you start washing your hands and intuitively launch a 20-second timer to encourage you to keep going for 20 seconds, as global health organizations recommend doing.

The Watch uses its motion sensors and microphone to detect whether you are washing your hands. It also listens for the sound of soap and water running to determine the action.

The Apple Watch also reminds you to wash your hands each time you get home.

The iOS 14 release changed the way we used to manage apps. A folder in the new App Library layout will use ‘on-device intelligence’ to show apps you’re ‘likely to need next’.

Apple added a translation app in iOS 14. The app is designed to offer translations from one language to another. The Translate app works completely offline due to the embedded on-device machine learning.

The app has some useful features that are handy both when learning a new language and attempting to talk to a person who speaks an anonymous language. The app can detect the language being spoken and can decode live conversations.

iOS 14 brings a range of valuable new features, and some of them are designed as Accessibility options but are equally useful to everyone. Sound Recognition is also an Accessibility feature that can give users with hearing challenges a visual cue for a variety of sounds happening around them.

This accessibility feature wasn’t mentioned on stage, but it makes an iPhone capable of listening and identifying for things like doorbells, sirens, dogs barking, or babies crying.

Handwriting recognition is not an easy task for artificial intelligence because the more intuitive a task is for humans, the harder it is for AI (Artificial Intelligence vs Human intelligence). Nonetheless, Apple seems to have found a solution to this.

In the latest update to iPadOS, when users write something using the Apple Pencil, the iPad can understand their scrawl and, with Scribble, convert it to typed text. It works like most machine learning, however, this wasn’t specifically identified as an AI-powered feature.

So, these were some of the examples to show that Apple is making the most of, one of the most sought modern-day technologies, artificial intelligence. Now, we will look at the use of another technology i.e. big data by Apple.

Seeing how Apple is always ahead when it comes to making use of technological advances, it definitely wouldn’t be that surprising to discover that the company uses big data extensively.

Having said that, what should not go unnoted is that this has not been always this way. Apple’s competitors like Google were already leveraging big data before Apple took the jump.

Apple has worked vigorously to make up for the lost time to the opposition. Presently, the company has become enmeshed in big data analytics, with the technology driving their considerable lot of decisions.

However, the company has always tried to be cryptic about how they utilize big data, but this doesn’t guarantee some intriguing bits of knowledge from not being divulged. [sc name=”devops_consulting”]

It is quite evident the company has an upper hand over its competitors. Apple has not only products that are highly popular but also are designed to capture valuable data. This is the reason behind Apple’s ease of access to crucial insights on consumer behavior and other important data.

The data is utilized by the company to decide on the best approach towards consumers with its new products and services.

1. If we talk about one area in particular that has benefited from big data analytics it is application design.

Using big data Apple can discover how people are using apps in real life and alter future designs to fit with customer tendencies.

The Apple Watch is a good example of Apple’s strategy of capitalizing on big data. The Apple Watch has the potential to revolutionize not just wearables in general but data gathering.

Apple can now capture data on what customers do during the day. Realizing the potential of big data with the Apple Watch, the company went to join hands with IBM. The partnership intends to make the most of digital health information.

The information collected can be utilized to treat sickness, prevent the rapid spread of diseases, and also provide better protection against preventable sickness to its people. This partnership also aims at creating health-related mobile applications that can be then used with Apple devices.

All things considered, Apple has just started to expose what it is equipped for with big data, and wearable gadgets might be the area that sees the most improvement in the coming years.

To conclude this blog, it can be stated that Apple is trying its best to utilize technological advances to improve its user experience. Artificial intelligence and its branch of machine learning are being used in different Apple devices to enhance user experience.

While big data is being used to keep track of a user’s activity. It too aims at giving users something they need. Wearable devices exhibit great potential with big data and the company would want to capitalize on it.