How is Duty-Free retail set to evolve in the future? 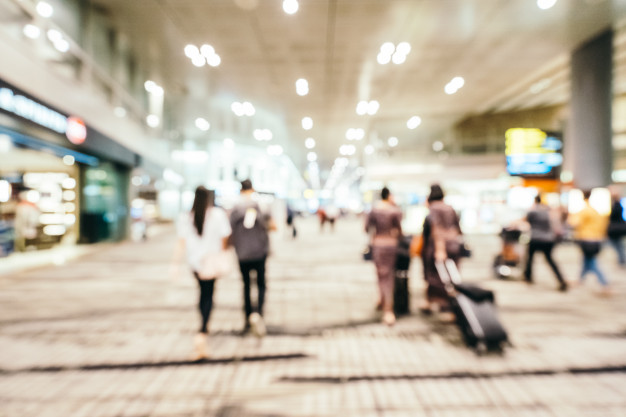 How is Duty-Free retail set to evolve in the future?

January 12, 2020
The concept of airport duty-free has expanded from a small luxury shop in Ireland to one of the highest-earning sectors of the retail industry. ADELE BERTI asks: how did duty-free shopping at airports reach this height, and what does its future hold?
Duty-free shopping was the brainchild of Irish businessman Brendan O’Regan, who worked at the country’s then struggling Shannon Airport during the late 1940s as a catering comptroller.

Whilst travelling back to Ireland from a transoceanic trip to the US, O’Regan took inspiration from an on-board shop that was selling duty-free goods and saw an opportunity. Four years later, the first duty-free shop in the world opened at Shannon Airport to sell whiskey for $1.50 per bottle, and the concept was soon replicated in many other European and international hubs.

The rest is history. In the space of less than a century, O’Regan’s concept moved from being a local initiative to becoming a $70bn business welcoming tourists in almost all airports around the world.

“Initially, our industry was based on retailing a limited number of highly taxed product categories, whereas today the offer is far more extensive.”

At the core of duty-free shops’ initial strategy was also selling products that were not yet available on the high street, though this model later changed as high street offerings grew substantially in the following decades.

IS DUTY-FREE ACTUALLY CONVENIENT FOR PASSENGERS?

Contrary to popular belief, duty-free products are not necessarily cheaper than those sold online or on the high street.While there definitely are places where some goods – especially alcohol and tobacco – can be bought at cheaper prices than elsewhere, this is not always the case and experts often suggest doing some comparative research before buying a product.Overall, there is no regulation obliging duty-free retailers to pass on tax savings to customers, so prices vary based on jurisdiction and shops, as well as the local tax structure. However, it remains partially unclear how VAT exemptions and savings are handled, with many claiming more transparency is needed.The issue triggered significant controversy in summer 2015, when it appeared that a number of European retailers were claiming millions in VAT refunds from passengers travelling outside the EU without passing on the savings.
A lack of regulation has seen varying prices at duty-free shops. “In the EU, when duty and tax-free allowances for intra-European international travel were abolished in 1999, this created a unique situation whereby international travellers in the same store buying the same product became subject to different duty and tax-free allowances depending on their destination,” Branquinho explains.As a result, the majority of retailers decided to impose single pricing on most products, so savings are now equal for all travellers, regardless of their destination.Maureen Hinton, a group retail research director at data analytics and consulting company GlobalData, explains that these shops’ convenience is tied to their location, as they make for the ideal stop in a place where waiting times are long and hard to kill.“Sometimes there are items that you can only get there, like limited-edition products,” she says. “Duty-free is there at that stage where you are in a waiting mode, so it’s convenient because it fills that time, but it doesn’t necessarily mean it’s cheap.

“The convenient aspect of is that if you’re going on holiday and need a specific product, it’s easier and quicker to buy it at the airport than on the high street.”

HOW IS DUTY-FREE CHANGING TO MEET EMERGING TRENDS?

Irrespective of its overall value for money, airport duty-free remains highly successful among consumers. According to the World Duty Free Council, global duty-free retail sales in 2017 were estimated to reach $75.7bn and the overall industry has been growing at a compound annual growth rate of more than 8% since 2000. This makes it the second-fastest-growing global sales channel after online.

Over the years, rocketing passenger rates, increased business opportunities and a change in the air travel lifestyle driven by the rise of budget airlines have further allowed it to evolve. As Hinton explains, airport shops now largely resemble a shopping centre, disposing of a much wider offer that has shifted from luxury to mass-market products.

“With airport retail, you’ve got a captive audience, especially with waiting times being much longer now,” she says.

“This is great for retailers because they have a captive audience that is constantly changing, whereas on the high street, the footfall can be very intermittent, and numbers are going down.”

The growth of budget airlines such as Ryanair may have impacted airport shopping habits.
Adding to this, consumers are beginning to invest more in travel and leisure experiences, and are more inclined to spend when going or travelling back from holiday, ultimately to the benefit of duty-free retailers.Such growth is calling for more differentiation between airports, which are putting increasing focus on creating a more detailed sense of place to make stores more appealing to travellers. As Hinton puts it, “before, they all looked the same, had the same brand, but now they want you to know where you are”.As part of this strategy, duty-free shops are now starting to become more sophisticated, adding restaurants, bars and beauty centres to their offer, thus mirroring the shopping centre model.

In the ages of smartphones, these shops are also embracing technological changes, with many now offering Alipay payments – as the number of Chinese customers ramps up – as well as mobile loyalty points to use in loco.“Operators are also introducing online orders that you can then pick up in-store at the airport,” says Hinton.

“Another recent trend is that duty-free used to be when you were arriving at an airport, but now we are beginning to see more of it on departure.”

Despite this positive period, Branquinho concedes that ensuring continuous profits in the long-term is getting harder every year, as challenges such as sustainability and competition intensify.“Environmental sustainability is the greatest challenge we face today along with all other industries and indeed society as a whole,” she explains. “The challenge to our industry is probably more acute as future growth is inextricably linked to travel, which is facing significant challenges to evolve in a sustainable manner.”The issue of making aviation more sustainable has been hitting the sector particularly hard over the past few years, and for the duty-free business, this also translates into higher expectations from customers, who demand plastic-free packaging and bags in airport shops.
Since September, customers shopping at Tax Free Heinemann shops at Copenhagen airport now have to pay DKK2 (€0.26) for single-use plastic bags.
Much like on the high street, airport retailers are also suffering from increased competition with online platforms, whose offers are inevitably wider and more customised. As a result, several duty-free companies are now developing online select, reserve and collect services.As Branquinho explains, mounting pressures from airport operators are shedding light on the need to rethink “the current landlord-retailer-brand owner structure”.“Airports, placing ever greater emphasis on non-aeronautical revenues, continue to put increasing demands on retailers, both financial as well as seeking new and ever more expensive retail concepts,” she continues.

“This, in turn, means greater retailer pressure on the brands and risks making the channel less attractive over time.”

As high street sales continue to struggle in favour of online retailers, duty-free companies are changing their approach to remain attractive to consumers.In practical terms, explains Hinton, this will lead to increased purchasing options, with many businesses “currently developing the option to buy something at the airport and get it delivered somewhere else”.
Josie Pepper is a ‘humanoid robot’ that has been deployed at Munich Airport.
As duty-free retail’s popularity persists, many airports are also opening new shops at arrivals, something that was definitely not in the cards at the time when O’Regan developed the concept. Technology will be key in improving experience of customer, with customer intelligence solutions such as augmented reality (AR) and AI-powered robots already making their way to some airports.

“It’s all about the products and the experience you have with them,” explains Hinton. “And AR gives the opportunity to experience a product in a different environment.”